Saturday, October 1st, 2016 marked MAJET’s very first Undokai! All week beforehand, we were worried that it would rain, and were even preparing to reschedule the event. We had faith, however, and when we gathered at Oyodo River that morning it actually turned out to be a beautiful, bright sunny day (albeit a bit hot for October). Everyone was pumped up and ready for the day’s activities!

Four teams competed to win the honor of Undokai Champion! 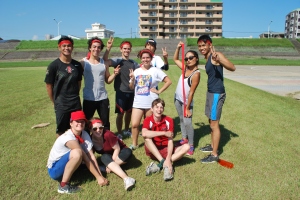 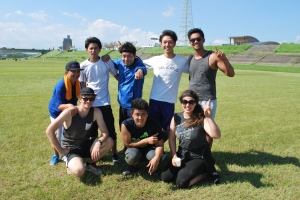 
MAJET put together a mix of eastern and western style games to really get our blood going. First, we transformed into bunnies with colorful balloon tails. None were fooled by the cuteness, however, as each team scrambled to pop the balloons of all the other teams.

Next up was a Japanese favorite. Two tall baskets stood overhead, and each team had to try to get as many small bean bags into the basket as possible. Its surprisingly difficult!

Third was the age-old favorite, tug-of-war!

Afterwards we took a much-needed break. We occupied ourselves with a giant Jenga tournament until we recovered.

Rejuvenated, it was time for another
Japanese favorite, kibasen. Exciting and terrifying at the same time, this game would probably never be allowed at most western schools… XD

Next up was Taketori monogatari. We found the biggest, most cumbersome objects we could find and pitted teams against each other to try and rack up the most points.

We ended the day with a mukade race! More complicated than your traditional three-legged race, the mukade race has 4-5 people all tied together in a line. It was certainly a challenge! 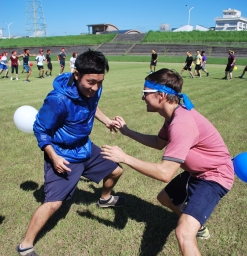 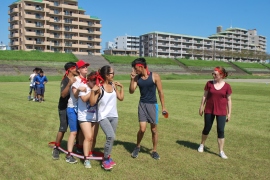 After all the games, MAJET tallied up the points won by each team. The numbers were close, but ultimately there could only be one winner. The 2016 Undokai Champions are…MAJET’ 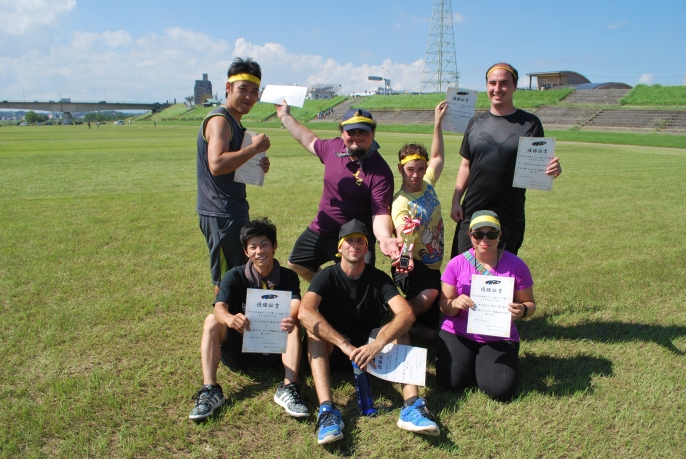 By the end of the day, we were all completely exhausted, but everyone had a great time! To see more of our antics, please check out the full photo album on Facebook. We’re already looking forward to next year’s event!

Financial Summary:
The participants’ fees came to a total of 21,000円. MAJET also received a 5000円 donation from Takeru Iwakiri, resulting in an intake of 26,000.

The cost of event supplies, equipment, snacks, and drinks came to a total of 28,800円, resulting in an overall loss of 2800円.

To see a full breakdown of this and other event costs, feel free to visit our Accounting page.